When Charles Darwin arrived in the Galápagos Islands, he had no idea what he would find. Before arriving on these volcanic islands, he'd been sailing on the HMS Beagle for more than four years, and he'd seen some magnificent sights along the route. When he arrived on the islands, he discovered an incredible range of species, which made him question how certain animals could appear so similar at first glance but be so different upon closer investigation. Visitors to the Galápagos Islands can still see the same species that the British scientist witnessed, including 7 creatures that can only be found on the Galápagos Islands.

Sally Lightfoot crabs are among the Galápagos' most colorful residents. They're also the most nimble, skittering away at the first sign of danger and moving considerably faster than most crabs—John Steinbeck once described them as "almost impossible to catch."

“Like their brothers the sea-kind, they are ugly animals, of a yellowish orange beneath, and of a brownish-red color above: from their low facial angle they have a singularly stupid appearance." This is how Charles Darwin described these island inhabitants in 1835. Galapagos land iguanas are terrestrial to semi-arboreal which means they climb trees to feed and sleep. Cacti, grasses, and tree leaves are their primary sources of food and water. Berries, seeds, crabs, insects, grasshoppers, carrion, and their own lost skin round out their diet. Land iguanas are most active during the hours of 8:00–10:00 and 15:00–18:00. They hide in burrows, under heavy vegetation, or in lava rock crevices when they are not active. 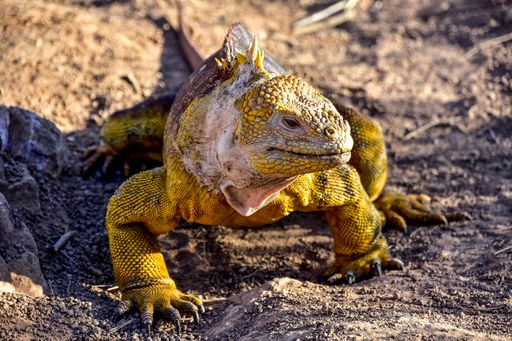 The marine iguana is one of the most unusual animals found in the Galápagos. This critter is one of the few current lizards that can survive on land and in the sea, diving to depths of up to 30 feet. The Marine Iguana may be found on almost all of the islands' rocky coasts. The iguana comes in a variety of colors: some are brilliant green and orange, others have a lovely red undertone, and the majority are a basic shade of patterned brown.

Many visitors come to the islands because of the mythical Giant Tortoise! These massive tortoises, which may weigh up to 417kg and live in the wild for almost 100 years, are the largest species of tortoise. Most Galapagos Islands, including Isabela, Floreana, Pinta, and Santa Cruz, are home to this magnificent creature. These gentle giants may be seen up close at Rancho Primicias. 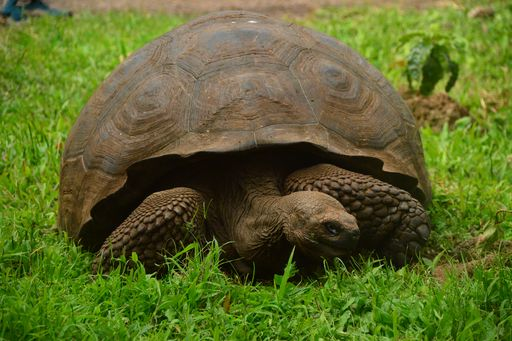 This incredible bird is native to the Pacific Ocean, yet it frequently visits the Galapagos Islands. The name “booby” comes from a corruption of the Spanish bobo, which means “clown” or “fool'' because of their clumsiness on the land. They also have mad-dancing abilities, which you may see during mating season. This kind of booby has vivid blue feet, brown wing feathers, and a white head. As you can see,  the contrast is quite amazing.

This kind of Albatross only visits the Galapagos during the breeding season and spends the rest of the year on the Ecuadorian coast. This amazing bird constructs its nest from boulders and thick foliage on lava flows; if you're lucky, you might even watch the uncommon courtship ritual that has only been witnessed by a few individuals. An interesting fact is that unlike other birds on the Galápagos, waved albatrosses mate for life. 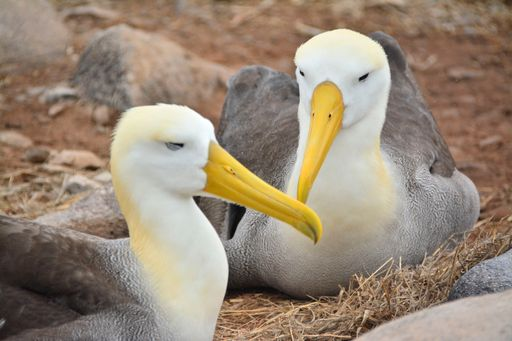 These birds have very small bodies with huge wingspans, and because they are not able to take off from water, they simply soar for days and even weeks on end. They’re clumsy on land and actually need a running downhill start to get airborne. A sudden influx of frigatebirds can be a warning that a storm is approaching. The monogamous parents of frigatebirds care for their babies for longer than any other species of bird, crossing vast lengths of open water in quest of food.

Have you been on our tours in the Galapagos Islands? What animals fascinated you the most? Share your experience with us! If you are dreaming about the islands, now is the perfect time to visit as always!